These photos sum up the transition we've gone through over the last year (without even mentioning Covid!). The first photo was taken in January last year, the second in January this year. 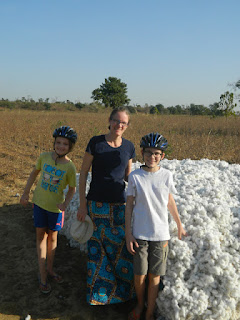 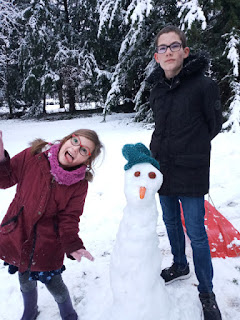 Well, here in France we've been locked down since 30th October. Honestly, our day-to-day life doesn't feel much different. Schools are still open, so on weekdays Marc and the kids still go out as usual, and I was working from home anyway, of course. And since I go out to accompany Eve to and from school four times a day, I get my exercise on those days without even using the one-hour within one kilometre of home we are allowed. At weekends we feel it more, and have often found ourselves doing 56- or 57-minute walks and wishing we could have gone further. But we are privileged to live in beautiful surroundings, so we have several fun walks of about the right length in nearby parks and woods.

We do miss other people, but we hadn't been seeing many people anyway because of the Covid situation, and Benin got us used to not having a very exciting social life! Obviously we wish things were different, and find it frustrating not to be part of a vibrant church life, but we have been keeping up friendships by phone and internet, and trying to be patient.

I'm getting on well with proofreading the Monkolé Bible. Lockdown has perhaps meant I've had fewer distractions. In a way it's quite isolated work, but I do have contact with my MiDi Bible colleague in Switzerland, exchange emails too with our SIM Benin Project Manager, and have had some encouraging messages from Pierre, our translation consultant. SIM France keep in touch too. And of course I am still in touch with my team in Benin, though they are longer involved in the daily work.

Marc has been dealing with the reality of being a supply teacher. Just as he'd got quite settled at the school he was at, he had a message one Friday evening that he'd be starting at a school in Phalsbourg from the next Monday morning. Phalsbourg is about an hour and twenty minutes drive away, and when he starts at 8am that means a very early start! But he is teaching the speciality he prefers, and his timetable isn't too bad. He was told he'd be there until 30th November, but it's looking likely he'll be there for longer. However, he might not be told until the last-minute again (just to keep him on his toes!). 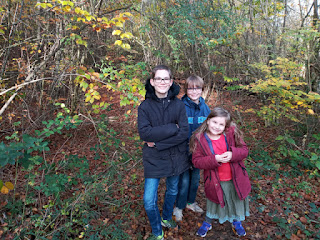 On a walk in our local woods.

Today I have been going through lists of place names so that we get the right ones on our maps! It's been taking a while as I've been checking nearly every one to be absolutely sure I get it right! And it's nowhere near finished, I'm going to be at it again tomorrow... 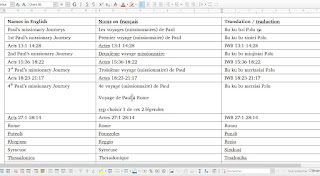 One thing I was asked to look at in a draft of our Bible was the titles. Some titles are long enough that they end up on two lines, like this one in Numbers 11: 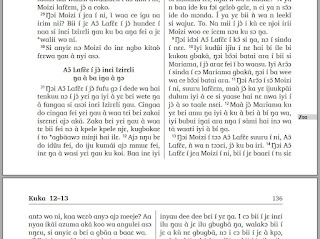 Having a title on two lines isn't a problem, but the line break may be. In this case, the second line begins with "ŋa" which is a plural marker. The word here is "Israelites", so it's a bit as if the "s" of "Israelites" were put on a separate line. This is where my colleague needs me, because I know the Monkolé language and can suggest a more natural place to break the lines.

Here is an example of something I was working on last week. Most chapters in our Monkolé Bible begin with a title. It's worth remembering that those titles are not part of the original biblical text, and neither are the chapter or verse breaks. Anyway, some chapters don't start with titles, and so we ended up in our first draft of the layout with something looking like this: 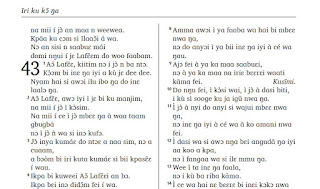 Since this is in the Psalms, we definitely want a line left between chapter 42 and chapter 43, to show that these are two distinct psalms. But there are some other cases like this one: 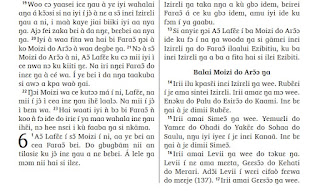 This is Exodus chapter 5 and 6. Here we are in the middle of a conversation between God and Moses, and to put a gap between the chapters might give the impression that these are two separate conversations.

So my job was to go through our Bible looking at all the places where a chapter didn't begin with a title, and decide whether or not we wanted a gap between the preceding chapter and the new one.

Working on the layout

As I said in my last blog post, we have been working on the "layout" of our home, but in this post I'm referring to the layout and type-setting of the Monkolé Bible. Since the beginning of September I have been back at work over internet with my colleague at MiDi Bible, and it has been great to see the Monkolé Bible coming together on the page ... well, on the screen except for the times I have actually printed it out to get an even more accurate idea of how it would be.

So here is my workspace in the corner of our living room. 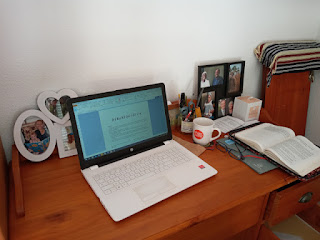 I do miss having colleagues present, and discussing things face to face, but my MiDi Bible colleague and I exchange emails frequently, and despite never having met, we seem to understand each other and collaborate well together.

And here is the kind of thing I'm looking at! This is part of Song of Songs. More in another blog post about specific decisions we're making at the moment... 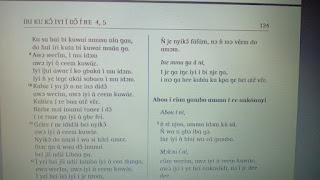 Back from England, we had to get our kids ready for school, and find a bit more furniture for our flat. We had the essentials, but were still basically living out of suitcases. If Marc had been given a fixed post, he would have been extremely busy preparing for that, but since he is a replacement teacher, he didn't have much information at all about what he would be doing (and still doesn't really!). He has of course been working generally on building up his knowledge of his subject and of the way that it is taught these days.

We got Eve signed up for school quite easily, as primary schools are run by the local town hall, which continues work over the summer. The secondary school is a bit more independent, and so we had to wait until the week of the 24th - the week before schools went back - before the boys could be signed up. Everything is basically done by catchment areas though, so there is no question of trying to choose schools - which made things a lot easier for us! We found lists online of the books and equipment the boys would need, so at least we could get started on that even before they were signed up.

Even five years ago with anti-terrorist measures the schools were a bit like forts, so now with Covid as well it is even more the case. I'm glad Eve is at the school the boys went to, because at least I have some idea of what things are like inside! Another plus has been that I still recognise some of the parents, so from the first day I was chatting with some of them at the gate - quite a contrast from five years ago when I knew no one!

The kids all had a good first week at school, and were looking forward to going back again this week. What more could we ask for?!

I had a struggle with buying secondhand furniture to start with. I went to a couple of places which sell secondhand furniture, and found tables and a two-person desk for the boys, which was good, and a friend with a bigger car helped me with transport. But the website which "everyone" uses just didn't seem to work for me. I finally realised that for some reason my messages don't work on there, and that I can only contact people if they leave their phone number. Having caught onto that, I have now managed to buy several chests of drawers, a couple of beds and a desk, and I'm still looking out for other things we need! I feel quite strongly that while it's worth buying a few things new as investments for the future, there is so much unwanted furniture out there that it is much better to save money and give these things a new home, rather than buying new and encouraging the consumerist society we live in! 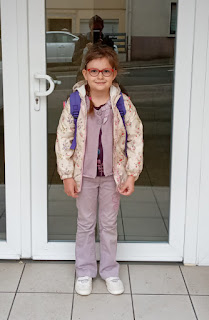 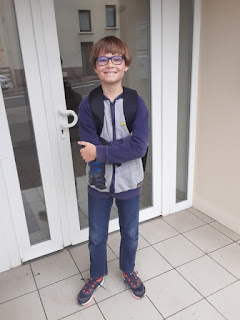 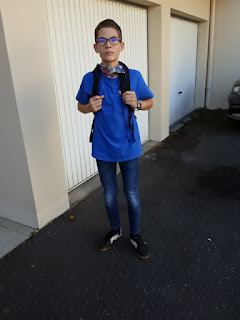 lish
Wife to Marc, Mum to Simon, Benjy and Eve. We have lived in Benin, W. Africa for ten years, serving with SIM. I work with the Monkolé Bible translation project, and Marc homeschools our kids and teaches and trains in the Monkolé churches.